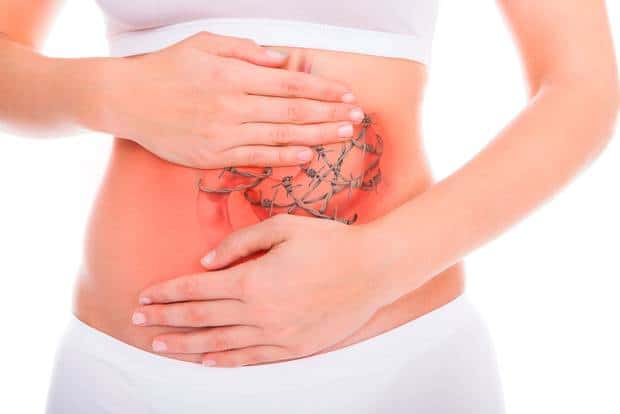 Indigestion is a common ailment that most of us experience from time to time. There are numerous causes – such as eating too much in one sitting or eating certain foods that are known to irritate the gut. Spicy foods are a major cause of indigestion, as are fried foods. For some people, triggers can include garlic, raw onions, chocolate. citrus fruits, coffee, and caffeinated drinks.

If indigestion occurs frequently – say, more than twice a week – you could have a medical condition called GERD. This stands for gastroesophageal reflux disease. GERD is a chronic disease that occurs when gastric acids and other contents from the stomach splash back up your esophagus, irritating the sensitive tissues.

Most people deal with their GERD by taking OTC medications such as antacids or proton pump inhibitors.

These may relieve the discomfort for a short time, but you’ll find that as your tolerance increases, you’ll have to take them more and more frequently. Especially if you go on eating the foods causing your GERD!

But – good news! You can treat your indigestion safely and naturally – with herbs. You just need to do know which ones to use! These herbs have been used to treat indigestion since ancient times, and even science has shown that they work.

Fennel is one of the most well-known natural remedies for indigestion in the world. In fact, most Indian restaurants will give you a special type of fennel seed mixture called mukhwas after dinner. Fennel works like a natural antacid, relieving gas, cramping, and nausea, while soothing spams of the intestinal tract.

Fennel is known as a ‘carminative’ – that is, it helps to calm the gut. It’s long been used to treat colic in infants. In fact, the main ingredient in gripe water is fennel seed.
For adults, fennel seed is best used as a tea or in supplement form. Most of the time, people just chew the seeds.

Studies show that combining fennel with peppermint and caraway has a powerful effect on reducing gas and intestinal cramps. Fennel seeds contain high amounts of volatile oil compounds that provide carminative effects on the gut. Put simply, they help to prevent or reduce the buildup of gas in the intestines.

These amazing volatile oils also stimulate the production of gastric juices, helping to kickstart your digestion. Fennel is also an anti-spasmodic, which means it helps to relieve kinks in the intestines that inhibit digestion.

To use fennel, most practitioners recommend adding 3-5 drops of natural essential oils or 3-5 ml of tincture to water and drinking before meals. You can also make your own tea by grinding 2-3 teaspoons of fennel seeds and then allowing to simmer in water for around 10 minutes. Alternatively, do it the traditional way and just chew the seeds.

Check out our new article What to Eat When You’re Craving Salt, Sugar, Chocolate Or Carbs

Also known as Melissa, lemon balm is a wonderful herb for relieving all sorts of ailments of the body and mind. Like fennel, lemon balm is a carminative that helps to soothe an irritated digestive tract. It’s often used in combination with other herbs to treat a range of symptoms associated with indigestion, such as stress and peptic ulcers.

In Germany and Canada, lemon balm is even approved by official agencies for treating gastrointestinal ailments. It's also recommended by the European Scientific Cooperative on Phytotherapy (ESCOP) for treating indigestion, gas, and cramping.

Studies have shown that when lemon balm is taken daily in a combination with other herbs (peppermint, German chamomile, licorice), it significantly reduces acid reflux, gastrointestinal pain, cramping, and nausea.

Lemon balm is easy to grow, and even easier to use. Simply add a teaspoonful of dried lemon balm to hot water and allow to steep. Fresh leaves are also effective. Drink up to four times daily. You may also like to try supplements in the form of capsules, or drops in the form of lemon balm tincture.

Every kitchen should have ginger! Ginger is one of the most popular culinary herbs in Asian, Indian and Arabic cuisines. It also has a long history of use as a medicinal herb, particularly for treating disorders of the digestive system.

Studies have shown that ginger is particularly effective in treating slow digestion and functional dyspepsia. It’s been found to increase peristalsis (movement of food through the gut) and the improve the rate at which the stomach sends food into the intestines. Because many of the symptoms of indigestion are caused by delayed gastric emptying, ginger is an excellent remedy for bloating, gas and other discomforts. Ginger also helps to kickstart the digestive system, allowing for a more efficient breakdown of food in the gut.

Ginger tea is very easy to make and an excellent way to soothe an uncomfortable stomach after eating. Simply boil freshly grated ginger with water and allow to steep. You may like to add honey to taste.

There you have it - three perfectly natural and effective remedies at your fingertips. You could be kissing your gas and reflux goodbye!