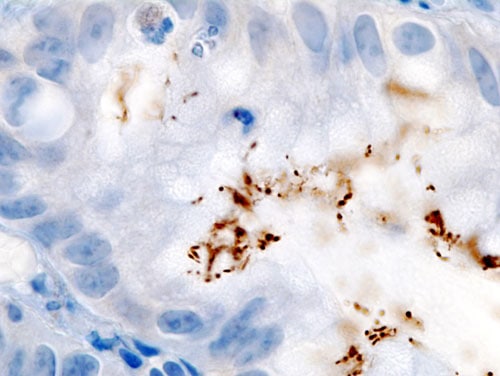 Helicobacter pylori, previously named Campylobacter pyloridis, is a Gram-negative, microaerophilic bacterium found in the stomach. It was identified in 1982 by Barry Marshall and Robin Warren, who found that it was present in patients with chronic gastritis and gastric ulcers, conditions that were not previously believed to have a microbial cause. It is also linked to the development of duodenal ulcers and stomach cancer.