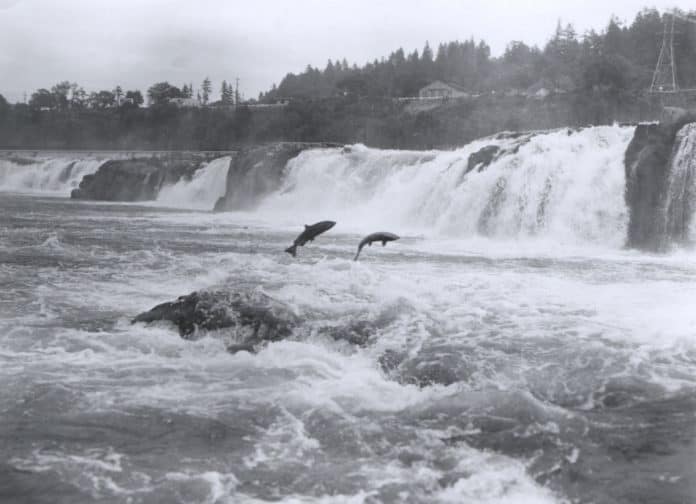 Salmon is the common name for several species of fish in the family Salmonidae. Several other fish in the same family are called trout; the difference is often said to be that salmon migrate and trout are resident, but this distinction does not strictly hold true. Salmon live along the coasts of both the North Atlantic (the migratory species Salmo salar) and Pacific Oceans (half a dozen species of the genus Oncorhynchus), and have also been introduced into the Great Lakes of North America.