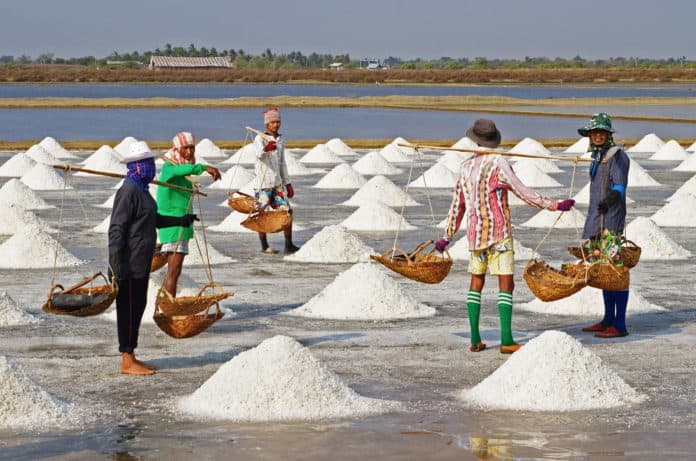 Sea salt is salt produced from the evaporation of seawater. It is used in cooking and cosmetics. It is also called bay salt or solar salt. Like mineral salt, production of sea salt has been dated to prehistoric times. Generally more expensive than the more popular refined salt (table salt), some cooks believe it tastes better than salt from mines. However, there is little or no health benefit to using sea salt over table salt, as both are primarily sodium chloride.