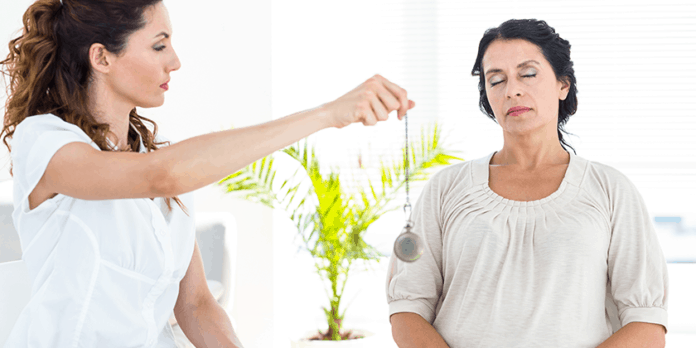 Broken bones and wounded tissue can take weeks or even months to heal. Depending on your current state of health, you could be in for a long, painful road to recovery.

But what if your body could be told to heal faster? Subconsciously?

It’s called hypnotherapy, and it’s not what you think.

One of the first things people have to understand about hypnosis is that it’s not just for fun. It’s also not just about putting someone to sleep and making them do silly things.

The American Psychological Foundation defines hypnosis as as a cooperative interaction in which the participant responds to the suggestions of the hypnotist.

A hypnotist is not an entertainer, but a trained therapist who uses visualization and verbal repetition to induce the patient into a hypnotic state. By helping the person focus on a particular item, they can guide them through ways of dealing with a problem at a subconscious level.

Researchers have now shown that hypnosis is a powerful tool for relieving anxiety, stress and other mind-related turmoil.

But a new study has reported even more impressive finding: that hypnosis may speed the healing of broken bones.

How Hypnosis Can Heal Broken Bones?

Researchers set out to test whether tissue healing could be influenced by hypnosis. They investigated 12 patients with non-displaced fractures and divided them into two groups. All patients were treated for their broken bones with casts and other standard care, but one group also received hypnotherapy treatment. While under hypnosis, these patients were given suggestions that targeted their particular injuries and encouraged their accelerated healing.

These patients were also given audiotapes to continue their sessions at home.

After six weeks, the x-rays from all 12 patients were given to a radiologist. It’s important to note that the radiologist wasn’t informed of which patients had had the hypnotherapy treatment.

Incredibly, it was found that the fractures in the hypnotherapy patients had healed to an extent that would normally take eight and a half weeks.

That’s not all. The same researcher decided to test the efficacy of hypnosis again – this time to see if it could help with healing tissue. A group of 18 women having breast-reduction surgery were used for the study, divided into three groups.

This study was a little different. One group received eight hypnotherapy sessions in which a hypnotist led the patients through a range of suggestions regarding different aspects of the healing process, such as reducing inflammation, repairing damaged tissue and minimizing scar tissue.

Over the seven weeks, the patient‘s healing progress was examined regularly by nurses who didn’t know who had had what treatment. Again, the results were astonishing: the group receiving hypnosis healed much more quickly than those those receiving only psychological support. The group receiving only standard postoperative care healed the most slowly of all.

Researchers reported that the differences were so significant, they would have occurred by chance less than once in a thousand cases.

These two studies are only a glimpse at the potential for using hypnosis to heal the body. Scientists still don’t fully understand how or why hypnosis works so well, and more research is pending.

However, there are plenty of theories. American psychologist Ernest Hilgard suggested that hypnosis is to do with “neodissociation”. He explained that, when someone is induced into a hypnotic state, they experience a kind of split consciousness. This occurs when there are two different streams of mental activity in the mind.

While one stream of consciousness is responding to the hypnotist’s suggestions, the other is ‘dissociated’, processing information from outside of the person’s conscious awareness. Essentially, their body is being “told” to heal without their knowing it.

Numerous studies have documented the successful use of hypnotherapy in treating other disorders besides broken bones and damaged tissue. It’s been used to treat chronic pain conditions such as rheumatoid arthritis, and even reduce pain during childbirth. Several studies show it may help reduce the symptoms of dementia. Children with ADHD may also benefit from hypnosis sessions, with studies showing it helps to reduce their anxiety, hyperactivity, and sleeplessness.

If you’d like to try hypnotherapy yourself, it’s important to seek a trained hypnotherapist. Once you’ve experienced a few sessions, you may like to learn how to perform self-hypnosis. Trained hypnotherapists or audio tapes are available that can teach you how to induce a hypnotic state at home.

Lastly, it’s worth knowing that an open mind can make all the difference. Research suggests that those willing to embrace hypnotherapy and its potential benefits are more likely to experience benefits.