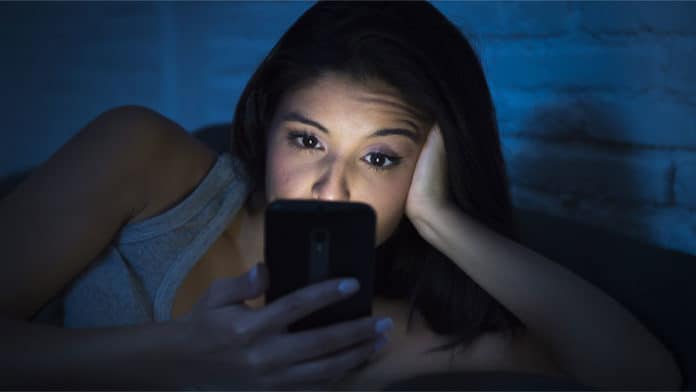 If you’ve ever tried to lose weight, you’ll know how important it is to balance the calories-in, calories-out formula. You’ve probably cut back on junk food and sugar, and joined a gym or started working out each day.

Well, that’s a good start! No matter what the manufacturers of diet pills or fancy therapies tell you, the very basic tenets of losing weight are diet and exercise.

But there’s one thing that you’re not being told. And for many people, it can be the one thing that makes all the difference between losing two pounds and losing twenty.

Yes, it sounds too simple to be true, right? When you’re lying down doing nothing, you’re burning the least amount of calories!

That’s not quite true. Scientists have found that sleep plays a major role in how efficiently your metabolic rate functions.

And while you may think you’re getting plenty of sleep each night, consider how refreshed and energized you feel each morning. Do you feel ready to face the day? Or do you feel like you only dozed a little?

The thing is, your metabolism depends on the quantity and quality of the sleep you get each night. That means your sleeping patterns could have a major influence on how quickly you lose weight.

In fact, a new study published in the Annals of Internal Medicine suggests that the more shut-eye you get each night, the easier it is for your fat cells to prevent weight gain.

Researchers have directly linked sleep loss to a decline in the cells’ ability to react to the hormone insulin.

The study involved monitoring seven people who slept for 8.5 hours four nights in a row. After four weeks, researchers monitored the participants’ sleep again – but only allowed them to sleep for 4.5 hours.

The results were amazing. The researchers found that a shorter amount of sleep reduced the participants’ whole-body insulin sensitivity by an average of 16 percent. They also had reduced leptin levels and higher levels of ghrelin.

What does that mean for weight loss?

Well, when the insulin sensitivity of your fat cells decreases, your body produces less of the hormone leptin. Leptin is released from the fat cells located in adipose tissues, where it sends signals to the hypothalamus in the brain. Leptin helps inhibit hunger and regulate energy balance, so your body doesn’t tell your brain it’s hungry when you don’t actually need extra energy.

These differences in leptin and ghrelin are likely to increase appetite. In this particularly study, researchers concluded that it could explain why their participants had an increased BMI after long periods of short sleep.

However, a drop in leptin levels can trigger a sudden increase in your appetite and food cravings. Basically – you’re hungrier than usual. This can make weight loss very, very difficult!

And it gets worse. Long term, consistently low insulin sensitivity could lead to total-body resistance to insulin. You know what that means: the development of type 2 diabetes.

So if you regularly toss and turn at night, or wake up feeling like you’ve barely caught 40 winks, it could be why you’re carrying a few more pounds than you’d like.

The researchers also highlight the fact that, in Western societies, chronic sleep restriction is common. Also, food is readily available. As a result, our appetite signaling may have completely changed – which could explain the worldwide phenomenon of increasing obesity rates.

But that’s not the only hormone that poor sleep messes with. When your body hasn’t rested enough, your daytime cortisol levels increase. Cortisol is the hormone released when you’re in a stressful situation – known as the ‘fight or flight’ response. This is when digestion shuts down and your body prepares to run away from a threat.

Researchers now know that dieting can put your body into a constant state of stress because you’re consuming fewer calories than it needs to function properly. Studies have shown that the same thing happens when you don’t get enough sleep: you’ll have higher amounts of cortisol in the afternoon and early evening than those who aren’t dieting.

And because your body requires more energy when you’re stressed, your appetite increases – making you want to eat more.

Higher levels of cortisol also encourage your body to store more fat while using other soft tissues (such as muscle) for energy. That means those who are sleep-deprived not only lose more muscle but gain more fat than those who get enough sleep.

Less sleep can lead to a vicious cycle in which you’re more and more prone to the various factors contributing to weight gain.

So, what’s the solution?

Get more sleep, of course!

Yes, that’s easier said than done. When you’ve got a job to go to, a family to care for and a house to clean, getting eight hours shut-eye a night can seem impossible.

But it’s not impossible. In fact, here are some proven tricks to manage it:

Take magnesium. This vital nutrient helps to induce rehealthyon and bring on healthy sleep.
Do yoga. The mind-body benefits of yoga have been shown to not only aid sleep, but contribute to long-term weight loss.
Sleep in clean sheets. We’re not kidding! The cleaner and more comfortable your bed, the better your chance of a good rest.