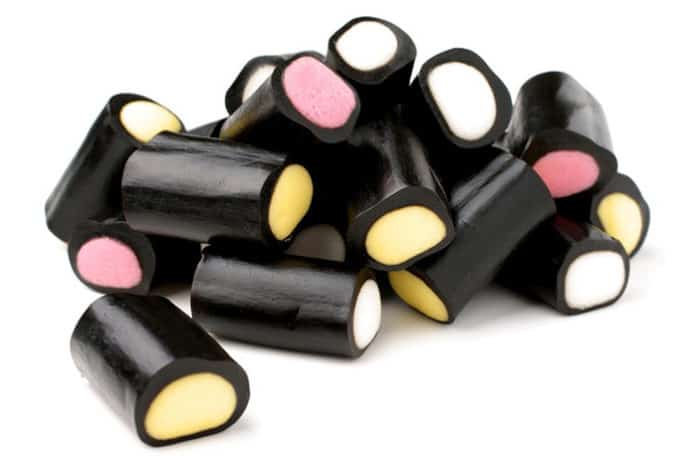 Long before licorice allsorts came along, licorice root was used as a natural remedy for a huge variety of ailments: sore throats, upset stomachs, congestion, indigestion, and constipation.

Traditional medical herbalists discovered that much of the medicinal benefits in licorice were in an extract called deglycyrrhizinated licorice (DGL). This extract worked wonders for people with peptic ulcers – both duodenal and gastric.

Back then, these health practitioners weren’t sure why licorice was so effective. It’s only since scientists began investigating the link between DGL’s use in patients with gastrointestinal disorders that its amazing properties came to light.

A peptic ulcer can occur in either the stomach (gastric ulcer) or the first portion of the small intestine (duodenal ulcer). Around 10% of the U.S. population is thought to suffer from a duodenal ulcer at some point in their lifetime. Duodenal ulcers are 4-5 times more common than gastric ulcers.

It can also be due to impairment of the protective lining due to bacteria Helicobacter pylori and non-steroidal anti-inflammatory drugs such as aspirin and ibuprofen.

Smoking, alcohol, nutrient deficiency, stress, and many other factors can also affect the lining.

A peptic ulcer can cause abdominal pain or camping around 45-60 minutes after eating or during the night. Most people pop antacids to deal with the burning, cramp-like aches in their gut, which can often be mistaken for heartburn.

Antacids and other medications work by neutralizing or suppressing gastric acid. This can also provide temporary relief.

Research has shown that this powerful extract works by stimulating or accelerating the body’s natural mechanisms for protecting itself against ulcer formation.

You see, many of the things we imbibe on a daily basis - alcohol, aspirin or other nonsteroidal anti-inflammatory drugs, caffeine - can inflammation that can break down the integrity of the gastric lining. Over time, the constant exposure to gastric acid leads to an ulcer. That’s where DGL comes in.

DGL is like your body’s own in-house repairman. It’s a demulcent, which means it soothes inflamed or irritated mucous membranes lining the gut. This not only helps to reduce the gastric bleeding caused by aspirin and other harmful products but can actually prevent gastric ulcers from developing. It’s even been shown to prevent ulcers in patients who require long-term treatment with aspirin, other NSAIDs, and corticosteroids.

What’s REALLY important is that DGL has been found to inhibit H. pylori, the main cause of ulcers. In a double-blind study involving 40 patients who had H. pylori, licorice was found to both inhibit the bacteria and speed healing of the gut significantly faster than patients taking a common pharmaceutical drug. The patients taking licorice also reported less pain and an improvement in their overall symptoms.

DGL is made up of several flavonoids which have been shown to prevent H. pylori.12 from developing in the gut.

Numerous studies have now shown that DGL is even more effective than drugs such as Tagamet, Zantac, or antacids in both short-term treatment and maintenance therapy of peptic ulcers. These drugs are associated with significant side effects, while DGL is had very few or none at all. It’s also a lot cheaper to use!

Another study involved treating 33 gastric ulcer patients with either DGL or a placebo for one month. Those taking DGL showed a significantly greater reduction in ulcer size - up to 78%, in fact! Those in the placebo group, however, showed only 34% reduction. By the end of the study, 44% of those receiving DGL showed complete healing, as opposed to only 6% of the placebo group.

Chewable DGL tablets are recommended most often, as it appears the DGL works best when combined with saliva. This is thought to be because the compounds in DGL promote the release of salivary compounds which stimulate the growth and generation of intestinal cells.

Health practitioners advise treating acute symptoms of peptic ulcers by taking two to four 400 mg chewable tablets of DGL tablets between meals, or 20 minutes beforehand. Mild cases may only need one to two tablets 20 minutes before meals. Taking DGL after meals is less effective. It’s recommended to continue with DGL for at least 8-1 weeks to enjoy the full benefits.

Find out why you keep waking up at night here.

If you don’t like licorice, well, you may just have to adapt! The benefits of this wonderful little plant far outweigh the disadvantages of pharmaceutical drugs. Give it a try - you may just change your mind.