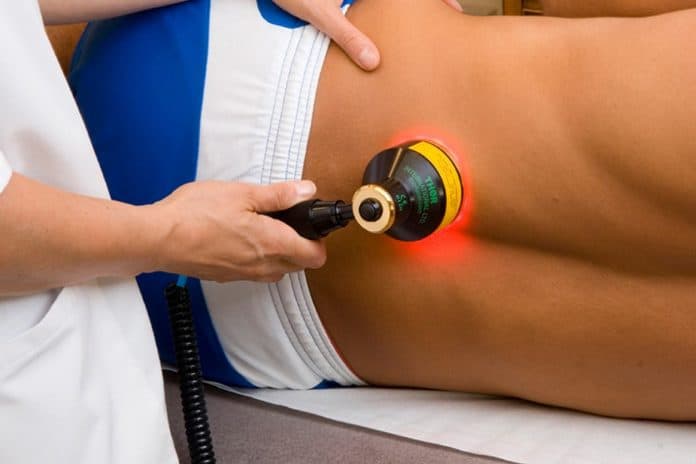 For most of us, losing weight is no fun. First, there’s the fact that we’ve realized we NEED to lose weight – which never feels good. Then there’s the long, hard battle with starting an exercise routine, counting calories and missing out on the foods you love.

The worst part of all? Going through all that agony and then STILL not losing weight!

What if there were a way to ignite your body’s ‘fat-burning furnace’ so that your weight loss efforts weren’t in vain? A way to speed up your metabolism while you’re managing your calorie intake?

That’s what red light therapy is all about.

Although it sounds too good to be true, LLLT is now being considered as an alternative to liposuction. It’s believed to provide noninvasive benefits such as body contouring, cellulite reduction and even improvement of the body’s blood lipid profile. Some research suggests that LLLT can also help with fat transfer procedures by enhancing the viability of adipocytes (fat cells).

Red light therapy involves a device such as a laser, lamp or a type of bed that uses infrared light on the body. The patient either sits in front of the light or lies down on the bed for a specific amount of time each day. That’s it. Red light therapy requires no needles, incisions or surgeries.

Research has shown that the light energy from laser therapy passes through human tissue much more easily than other wavelengths. Light ranging from mid-600nm to mid-800nm has been shown to provide optimal biological responses. It appears that this energy is absorbed by the body to the point where it stimulates adenosine triphosphate (ATP). ATP is the form of chemical energy used by the mitochondria (aka the powerhouse) of our cells. Stimulation of ATP occurs naturally as part of our body’s cellular respiration process in which cells break down and convert stored energy. Along the way, they release waste products which are then flushed out.

The increased metabolic rate is thought to activate protein kinase, which then stimulates cytoplasmic lipase: an enzyme that converts triglycerides into fatty acids and glycerol. These fatty acids are then able to pass through the pores of the cell membrane and moved out of the body as waste. This may lead to overall shrinkage in the fat cells

Put simply, when cells that receive this form of light energy, they’re able to perform their natural metabolic functions at an enhanced rate. Most researchers agree that laser therapy targets the body’s fat-storing cells (adipocytes) and causes them to release the lipids they’re holding onto.

There’s already evidence of laser therapy helping to improve skin tone and complexion by stimulating the production of collagen and elastin. Other studies show it can enhance muscle recovery and athletic performance, reduce joint pain and inflammation, and can boost circulation.

Although little scientific evidence supports the claims made by these weight loss devices, anecdotal evidence is strong.

In 2010, the FDA approved a type of laser therapy called Zerona, which uses red light therapy to reduce unwanted fat without surgical procedures.

This particular device was tested in a clinical trial involving 67 overweight subjects. Some received low-level laser treatments on one side of the body three times per week for 2 weeks, while others received the same treatment from a fake device. Some participants also took a weight loss supplement during the study.

Those treated with the laser lost an inch off their waists and hips, as well as almost an inch from each thigh.

After one month, all the laser-treated participants had lost around 0.5?±?0.3 inches from their waist circumference and has lost a small amount of overall body fat (P?>?0.5).

Unfortunately, in the two weeks after the treatment ended, most of the patients reported that their fatwas starting to return.

It’s difficult to know how well laser therapy really works. The above study suggests that longer treatments may be necessary to show real results. It’s also likely that laser therapy won’t work on its own: you need to be eating well and exercising to really see benefits.

But if you do use this therapy regularly, there’s no reason why you shouldn’t see the results that other patients have seen. For many people, it’s the extra motivation to get started on their weight loss regime!

How Lack Of Sleep Could Be Making You Fatter