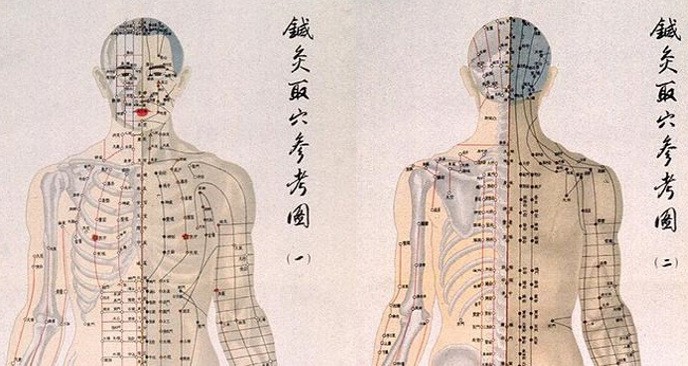 Got a pain in the back? You’re not alone.

Around half of all working Americans have back pain symptoms each year, with as many as 80% of the population complaining of a back problem at some time in their lives.

Many of the conditions linked to back pain include strains in the muscles or ligaments, especially of the lower back.

If you go to your usual doctor, you’ll usually wind up with anti inflammatory medication. If that doesn’t help, steroid injections may be offered. Along with all the side-effects!

Now, many of us are unfamiliar with the concept of traditional Chinese medicine (TCM). It’s completely different from Western medicine – but it’s been around for much, much longer. Centuries, in fact!

Here’s a brief explanation of how TCM works…

TCM is based on the concept of Yin and Yang. Yin and Yang are in a constant state of dynamic balance, and they’re used to describe all the parts and functions of the body. Yin represents stillness, form and blood whereas, Yang represents activity, function and Qi (energy). Qi needs blood to nourish it and blood needs Qi to move it. In this way, each of Yin and Yang requires the other to exist. Disease and other problems occur when the balance is threatened.

And, according to thousands of back pain sufferers all over the world – they work. Here are two of the most celebrated treatments for back pain that have been used for hundreds of years.

Many people have heard of acupuncture but aren’t really sure how it works. Acupuncture involves placing tiny needles at specific points into the area causing pain. It’s a powerful TCM treatment that involves re-opening the river to free up circulation and restore normal flow. That is, regulating the balance of Yin and Yang.

TCM explains that qi (or blood) is stagnated in the channels flowing to the lower back. This causes pain. Think of qi as a river flowing normally until it hits a fallen tree. The river is partially blocked and begins pushing against the banks of the river.

Western medicine explains that the needles placed into specific points in the body stimulate the nerve, which then sends a signal to the brain. The brain releases neural hormones such as endorphins which increase the pain threshold of the area, as well as promoting a feeling of wellbeing.

A large-scale review has shown that acupuncture is now being used all over the Western world to treat back pain. Numerous clinical studies have found that acupuncture is a safe and effective treatment for low-back pain, and can provide long-term relief without the negative side-effects of pharmaceutical medications. In fact, acupuncture has been so well-received, treatment is now available in many countries under government subsidy.

Herbal medicine is a major component of TCM. One of the herbs most commonly used for back pain is xu duan, otherwise known as teasel root or . This herb is used both topically and internally to increase blood circulation and reduce pain – therefore clearing the blockage of qi to the painful area. It does this by improving the function of the liver and kidneys, which are both implicated in back pain.
Clinical studies show that has powerful anti-inflammatory and anti-arthritic properties.

One of the best-known pain-relieving herbs used in TCM is myrrh – or mo yao. This special herb works by ‘breaking blood’ – that is, clearing blockages that obstruct the flow of qi.

In fact, pharmacological studies have proved myrrh is indeed beneficial in relieving pain and inflammation in the body, particularly when used with another famous anti-inflammatory TCM herb, Ru Xiang – also known as frankincense. Frankincense is believed to work by improving circulation in the muscles and joints, reducing pain. Myrrh essential oil has been found to contain active compounds called sesquiterpenes and terpenoids, both of which have powerful anti-inflammatory and antioxidant properties.

Both of these popular herbs are available in the form of essential oils and can be applied topically. You can even make your own anti-inflammatory ointment using a base of coconut oil!

Now, not everyone in the Western world is able to grasp the concepts of Yin and Yang that traditional Chinese medicine stems from. That’s okay – you don’t have to. You can simply try these methods mentioned above for yourself, and make your own judgment!