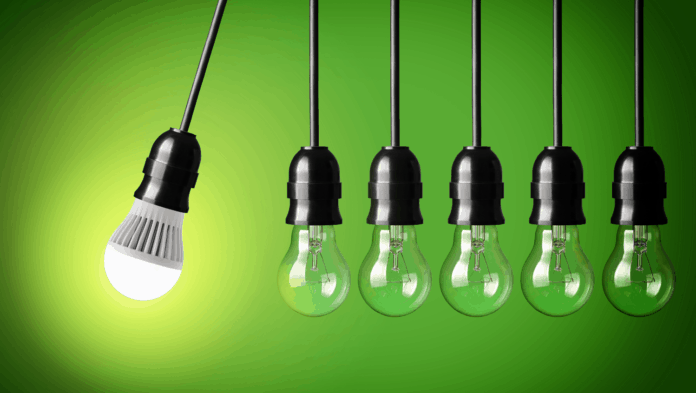 Saving energy is something that all of us should be doing. Some of us try to cut our energy usage in order to cut down the monthly power bills, and some of us want to save the environment from the extra burden caused by humans.

That’s why many of us have invested in energy-saving LED light bulbs. The innovative design of these bulbs mean that they work through light-emitting diodes (LEDs). Although these bulbs cost a lot more standard incandescent bulbs, they use less energy – which means they save you money in the long run.

Unfortunately, they also give you chronic headaches.

A study by a professor at the University of Essex has reported that the constant flickering of the LED light bulbs is stronger than that of traditional light bulbs. This flickering has been found to cause severe, constant headaches – even in people who don’t normally suffer from them.

In fact, the study showed that LED bulbs can bring on an aching head as well as feelings of dizziness and pain within just 20 minutes of switching them on.

This phenomenon is called photophobia: a sensitivity to light that can cause painful headaches, migraines and general discomfort. Not surprisingly, some research suggests that more than 80% of migraine headaches are linked to photophobia.

Most offices used lights that are designed to dim by around 35 percent with every flicker. However, LED lights dim by 100 percent. What this means is that they’re effectively turning on and off again hundreds of times every second. That is, flickering.

They’re not quite as bad as disco strobe lights – but they’re the next worst thing!

Flickering lights can cause headaches by upsetting the natural movement control of the eyes. This forces the brain to work harder, doubling your chances of suffering from a headache. The effects is even more likely in people prone to migraines.

The flicker of LED lights may be too fast for you to be consciously aware of, but your eyes – and brain – will be in overdrive trying to focus.

This flickering may also increase your risk of suffering visual conditions such as double vision. It’s also likely that the risk of getting a headache while you’re reading a book is even more pronounced, as your eyes will be trying to remain in a steady position. This is even more of challenging when the overhead light won’t stay steady!

LED light bulbs can flash up to 400 times a second. That’s four times as much as the old halogen light bulbs.

Sadly – you may be saving the planet, but at the expense of your head.

It must be pointed out that no other studies have been conducted on the effect of LED light bulbs causing headaches. But most people agree that the quickest way to a painful headache is a flickering light.

Fortunately, a solution is in the works – one that will help save the planet AND your aching head!

The alternative to LED energy-saving bulbs is fluorescent bulbs called CFLs. But these also pose a problem to people who are sensitive to bright light.

Then there’s green light. A study published in Brain has shown that migraine sufferers are able to tolerate light better when they’re exposed to a narrow band of green light. This light helps to reduce photophobia and the severity of a headache.

The study exposed migraine sufferers to blue, green, amber and red lights at different intensities. It was found that green light reduced their headache pain by about 20%.

The researchers investigated this phenomenon by measuring the magnitude of the electric signals generated by the eye (in the retina) and the brain (in the cortex). They discovered that blue and red lights generated the largest signal response, while green generated the smallest. Further investigation in animal studies revealed that neurons of the brain are most responsive to blue light and least responsive to green.

Researchers are now working to develop an affordable, energy-saving light bulb that emits pure green light at a low intensity. There are also plans for special sunglasses that block all light but green.

In the meantime, unfortunately, migraine sufferers are likely to continue encountering LED light bulbs. The only way to manage this is to take regular breaks from the light, and keep on top of your nutritional intake. In fact, we’ve compiled a whole report on the specific supplements have been shown to reduce migraine frequency and severity. It’s worth a read!